A recent segment on the popular Mornings show questioned a media report regarding the rise in reported crimes in Melbourne's private schools. Charlotte spoke with David and Georgie about what this really means. As reported on the 9jumpin website 10/06/15;

A new report has revealed a huge increase in crime in some of Melbourne’s most prominent private schools.

In the past three years police have been called hundreds of times to investigate alleged offenses including sex attacks, assaults, drug trafficking, bullying and offensive behaviour. And according to experts, it’s a nationwide problem.

So how do you safeguard your children if you suspect they might be mixing in the wrong circles? Psychologist Charlotte Weigold joins us live from Adelaide with the answers.

“It’s important to front up and talk to them and let your kids know that you’re comfortable talking about these serious matters,” said Charlotte.

“Although it sounds like these things are on the rise, there’s still more kids that are not engaging in these activities so it’s really like that your child is a bystander and they might be frightened about it and might have questions.”

So how do you have the talk?

“Get your children to talk to you about the possible negative outcomes of the behaviour they might be witnessing or hearing about and drawing their own conclusions of whether people are going to get harmed or not,” said Charlotte.

If you suspect your child is involved, these tips may help:

- Do not degrade their friends. During this phase children will stay loyal to their peers even if they themselves think their behaviour is wrong.

- The best way to handle this is to ask them where they see themselves when they leave school. Do they want to have a successful career or a criminal record? They need to come to the conclusion on their own but you need to present the various possibilities.

- Discuss the legal issues. A conviction for a drug offence can lead to time in prison or cost someone a job, driver's license, or uni application.

If your child is still rebelling, it may be helpful to contact a professional. 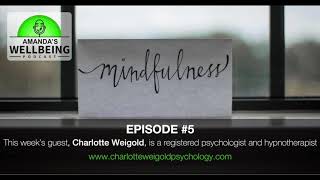 Move your body shake your mood

Give athletes a sporting chance

Specific Learning Difficulties; what does this mean?